A new celebrity event is being created for this year’s I’m A Celebrity. The show will be a trial of legendary celebrity Cyclone, which sees celebrities compete in six different challenges to earn money and points before warding off the end on Friday night with an electric net-filled showdown. 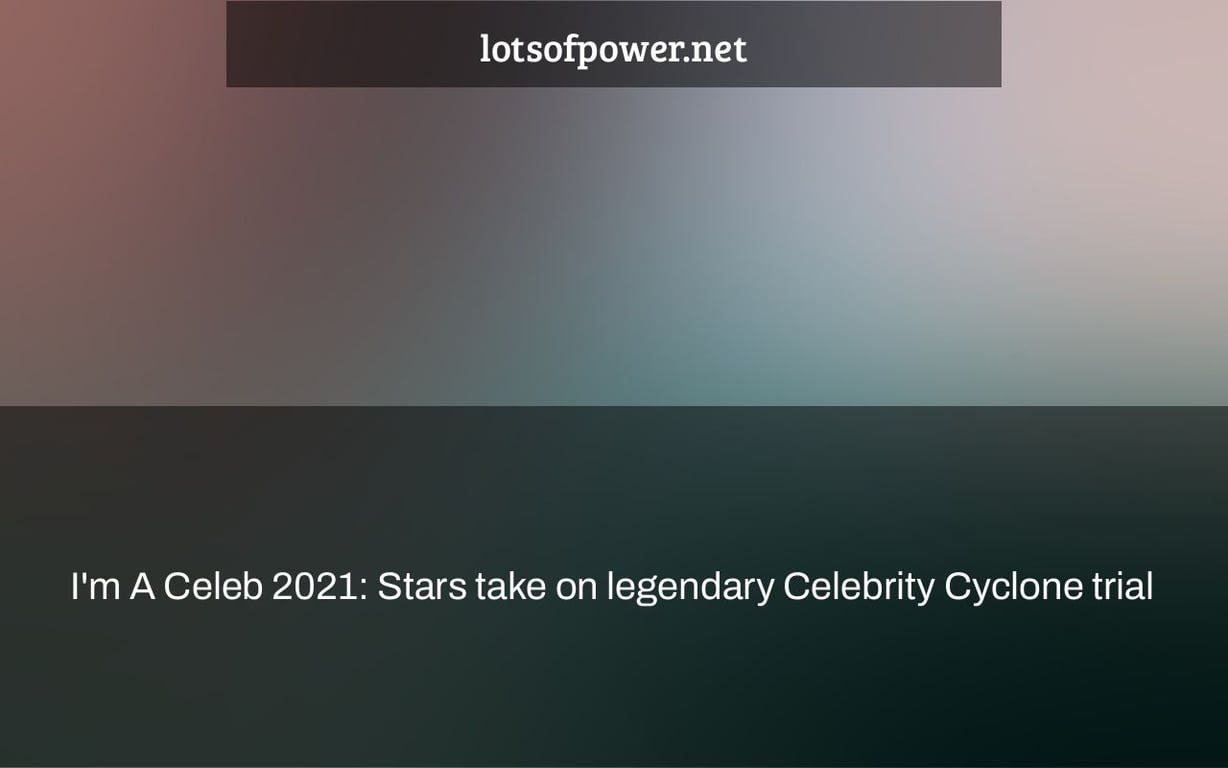 It’s the I’m A Celebrity… Get Me Out Of Here! reality show. Every year, trial watchers look forward to watching it, and it’s back tonight.

In a sneak peek at Saturday’s program, Danny Miller, David Ginola, Frankie Bridge, and Simon Gregson can be seen competing in the highly anticipated Celebrity Cyclone.

The stars make their way up an incline dressed like superheroes, complete with capes and dashing goggles, in this fan favorite challenge.

Presenters Ant McPartlin and Declan Donnelly are seen cheering Danny on as he rushes to get hold of the last star in a first-look footage from Saturday night’s broadcast, but a tidal surge of freezing cold water strikes the final four celebs immediately after.

The rainy and windy obstacle course seems to be a lot of fun – though it isn’t easy – but if they finish it, they will be rewarded with a three-course gourmet feast for the camp.

Viewers should be overjoyed to see Celebrity Cyclone return, since there were concerns that Storm Barra might interrupt production after Storm Arwen forced the celebrities to leave the castle for a while. 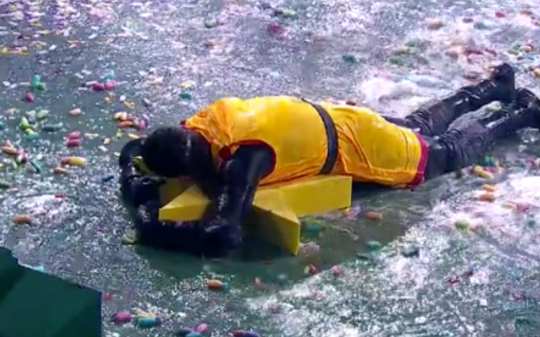 Danny was clinging to his star with all his might (Picture:ITV) 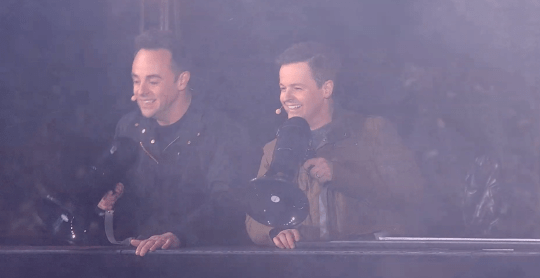 Ant and Dec, a comedy combo, were there to support the stars (Picture:ITV)

After Ant and Dec unveiled a surprise double elimination live on the program, soap actor Adam Woodyatt and Olympic diver Matty Lee became the latest talents to be thrown out of the castle.

Fans voiced their disappointment at Matty and Adam’s departure from the show, with one person describing themselves as “genuinely saddened” for the athlete.

Who will be named King or Queen of the Castle with the grand final just a day away?

Giovanna Fletcher, an author and podcaster, is the current I’m a Celebrity winner, having been named the first-ever Queen of the Castle in 2020, the first year the program was shot in Wales.

Lorraine Kelly, who hosted ITV’s Lorraine last month, told Giovanna that ‘this time last year you were getting set to walk [into the show].’ Now is the time for you to return and return your crown.’

‘No, it’s my door wreath now!’ the actress revealed, adding that she has subsequently put the crown to various uses.

I’m a famous person… I have to get out of here! continues on ITV and ITV Hub at 9 p.m.

Do you have a story to tell?

If you have a celebrity story, video, or photos to share, please contact the Metro.co.uk entertainment team by emailing [email protected], phoning 020 3615 2145, or visiting our Submit Stuff page.

MORE: Frankie Bridge talks out about her mental breakdown at 21 years old on I’m A Celebrity 2021